I received hard news from my boss on Friday: a coworker, a senior manager I supported and was mentoring me a bit, was found dead in her home.

For this and various other reasons, I desperately needed a good day, a smooth day when I didn’t have to worry about a million things and everything just moved…easily.

Today delivered and I seriously lucked out in every way. Truck and trailer are both roadworthy, sealed, organized and basically as good as they get. Flash loaded more or less willingly (I’ve mostly accepted that he’ll load cause he’s a good guy and not because trailering is fun or neutral for him), and I got zero traffic up to Washington.

I had managed to snag a mid Monday lesson with a new trainer, Rebekah L., And boy both she and the facility she trains out of were definitely worth the drive! The sun was shining and it was warm enough for Kade and I to have a picnic lunch in the grass while we relaxed from the drive.

Rebekah is the first new trainer I’ve introduced myself to in years, and this time with my own horse! My main goal for the spring is to get Flash and I to a solid, well matched place, so we can pick up from there when I come back from pregnancy recovery in August. Might as well make the most of our arena time while we’re stuck there, and today’s outdoor arena was just… breathtaking. I don’t go for hyperbole much, but the sun was shining, the views of the hills were beautiful, and the footing was fantastic. I just wish it were a tad bit closer and we’d be there all the time!

Flash trailered well, relaxed while we waited and I tacked fuzzbutt up, and only called once to the horses all around him. He had a few opinions under saddle, but nothing to budge even my out of fitness butt. Rebekah gave me one main pointer that I was desperately needing-carry your hands! Huh, so that’s why I lurch forward at the posting trot, my hands were way too low!

Flash and I have tons of work to do, but there’s a well trained, happy partner under his blonde, cookie hogging exterior and I’m more excited than ever to bring it out. Good boy Flash, very good boy 🙂

As I mentioned earlier, I love bike riding. It is, for me, the perfect combination of workout and reward. My calves and thighs are almost rocks, I get to see quite a bit more via wheels than my own feet, and I get a much larger sense of accomplishment from a bike ride than anything else (other than literally any horse related pursuit, obviously). I’ve been focusing on stretching out my tiny comfort zone bubble via bike this year; I started bike commuting in the middle of our January freeze, and more or less kept that up for the year; I’m discovering some new routes around my town; and I’m considering an easy bike camping route later in the fall, when the smoke dies down and things aren’t so…firey.

(I just had a random thought: generally, our vehicles earn names ie, my truck is the Emerald Queen; I’ve been biking on my Gary Fisher birthday bike for 8 months now, and it’s still just “Gary”…weird).

On Sunday, I’m jumping into an organized bike ride, something I’ve never done before; The Tour de Lab is basically a bar crawl, via bike, in the morning, through inner Portland neighborhoods that I’m mostly familiar with. I’m not ready for the elevation change of the 40 mile ride (at least at any speed faster than basically walking) so I’m doing the 15 mile ride, which I know is well within my abilities…except for the 2000 odd other people I’ll have to deal with!

Thank you Tom for encouraging me to do this, will you help me tune up my bike tonight? I can’t wait to earn some puppy ears and finish line booze and hot dogs!

Back in college, we used to play many a game to fill the long, winter dark, New England howling snow blizzard nights, willingly trapped in the middle of beautiful Nowhere, Vermont. One of our favorites was the zombie game, which took on many permutations and made up rules and scaring me witless in some dark, utterly creepy basement.
At the time I was newly Wilderness First Responder certified and creepy zombies in dark basements withstanding, thought I could handle anything tolerably well emergency wise. I was, after all, at a college that grew a good chunk of our own food, with the emphasis on infrastructure which could withstand petty things like power outages, of which we had our fair share on the worst days. We milked cows with our hands, broke iced over troughs with sledge hammers, kept our axes sharp and useful, pulled firewood out of the woodlot with draft horses and oxen. My WFR class covered the bare basics of everything from scene safety to stabilizing an impaled patient for a five mile evac over rough terrain. Bring it on, world.

Today I’m a bottom of the rung office peon struggling to loose weight and get fit for two main reasons, tackle the laundry monster, and keep the daily tally of self-inflicted injuries on my five year old to a minimum (this was a rough weekend, walls run into, a nice bee sting, a new tooth coming in which hurts to tears, copious amounts of pool water swallowed, plus a Nerf gun to the eye).
Who would you turn to when the world goes to shit? Who would you expect to know what to do, where to start in the event of being evacuated for a flood, wildfire, respond to a car accident? When my son’s school does a unit on work and the kid’s response is “All my mommy does is shuffle paperwork and use the computer all day!”, what the hell kind of answer is that?

A few years ago, I had enough encouragement, help, and wild hope to go back to school. I bombed the community college placement test in math so badly, I was relegated to Math 65, the college equivalent of “You know nothin’, Jon Snow!” Through a combination of self defeatism and floundering, I squeaked a miserable D out of that class.
To even apply for the paramedic program at PCC requires passing Math 95 with a C or better. That’s not to mention being able to figure out ratios of drugs to give to different patients under pressure, among everything else. So I gave up on that and moved on with other things.
Now I’m three years into office life and gaining steam on the mid-life, loosing my marbles crisis that I’d hoped to hold off, oh, until Kade graduated high school. It’s not enough for me, despite years of trying, to just bring home a paycheck, to keep the two areas of my life separated. I need work that matters, in some form or another, beyond the almighty dollar. When your own parents accuse you of being selfish, it tends to drive you either to bitter acceptance or overcompensation. But it’s hard to wiggle in decent volunteering time between said job, commute, bills, laundry, and trying desperately not to miss the best years of Kade’s life to said rat race.
For the straw that started panicking this poor camel of my life, my child care costs are going to double this fall when Kade’s in kindergarten. Oh, school is ‘free’, but it’s only 815-230 every day. Minus 28 days off of school for various things, plus, oh, summer! The plain fact is, I can’t afford good care for my son at my current salary, so something has to give.
Now it’s time to dip my toes into the possibility of more school, for something along the lines of paramedic or vet tech or something overall useful. I just have to fight with the math, not just to pass a test but to really grasp it, which I haven’t been doing since about middle school.
Or I could go be a hermit. That sounds fun to. I bet they don’t have to worry about intermediate algebra… 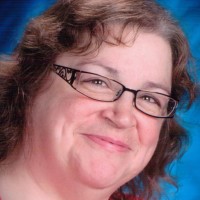 T.A. Munroe, writer of contemporary women's fiction with a difference

The Horse Dream
AHAmoments
Fat Buckskin in a Little Suit

Laughing at oneself is best done as a group activity

The life and trials of the three red heads

A Yankee in Paris

No animals were harmed in the making of this blog...

May As Well Event

Here's To Not Following Your Own Advice