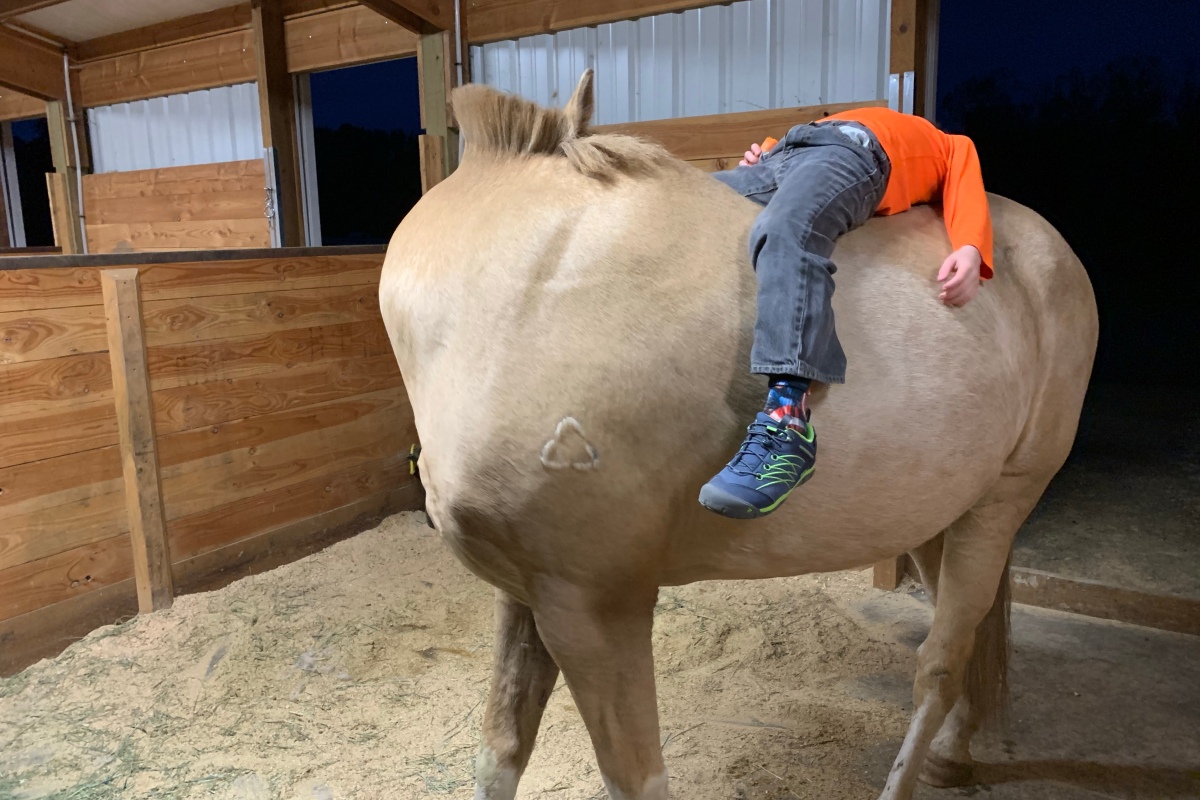 The world has been turned upside down, inside out and beaten thoroughly, like a freshly washed down comforter. Emotions have been set to critical for over a month with only more confusion in sight, which doesn’t make for lovely, pleasant spring days for many. Personally, I’ve had major writer’s block since I returned from our first try at a Mountain Trail schooling show and my state implemented “Stay Safe, Stay Home” orders. An argument now rearing it’s ugly head has unstuck me to some regard, so here’s my thoughts on trying to recreate outdoors during a global pandemic.

I will state right up than I’m still grieving the loss of being able to go hiking, walking and camping with my little dog, pony and 9 year old son show. I may be heavily pregnant, but I was still planning on getting out at least every other week with friends until June if I could. I’m pretty sure my 19 year old, been everywhere gelding will pretend he’s never seen a trailer in his life when all this is said and done.

For every argument for throwing public lands back open, come what may, there’s a great deal of solid science, utter unknowns and plain humans being humans reasons not to; or at least, to try to find alternatives. The hardest part of all this for me, who likes to rely on experts and solid science, is that even the experts are flying a bit blind and there’s just so many unknowns around Covid-19, it makes “returning to normal” especially fraught…and humans, as a species, don’t always operate the best in the grey areas.

My neighbor to the north state, where a good chunk of my friends live, is cautiously reopening state public lands for day use next week, with several caveats. The biggest impact to me personally being the “don’t drive far” and “only travel with those you live with” directives. My state has prolonged opening the state parks until Memorial Day at least, which considering the supposed cross state agreement we joined seem a bit moot on the surface.

I don’t have any answers to the underlying issues above, maybe a few suggestions that I still don’t know would lead to a “safe enough” opening. Sure a permit system to avoid overcrowding is a decent idea, but leads to it’s own subset of problems, chief among them access for all and the time and budget to even set one up or expand the existing system (plus the additional cries of “It’s my land, why should I pay for it or have to arrange access to it?”).

As much as it sucks in the short term (and boy howdy does it really freaking suck when the sun shines and everything is bursting into bloom), the most responsible, ethical and kind thing to do is to stay at home until a safe enough system is worked out. I still hold hope for at least one more camping trip before I pop, even if it is just to my friend’s pasture!

Every attempt I’ve made to maintain steady blogging, especially post college, has slowly petered off and eventually abandoned. Unlike some friends and almost friends that also blog who manage to keep one single blog going, every time I return is more starting over, new name, new fonts, a fresh face that follows the same pattern. I’m not committing to anything this time around (even though I paid for WordPress again), but with everything going on in the world and my personal life I still feel that itch to get my voice down on paper or through the keyboard.

I have noticed that the blogs I enjoy reading the most have a more or less coherent theme, whether it be about books, long form essays, or horses. For myself, there’s two main things I want to write about; I have my own horse now (for the first time!), so there’s a ton to explore and keep track of and learn there. But, back to the whole “state of the world” thing, I want to toss my voice into the void about such fundamental things as the state of our democracy, the world I want my son to grow up and become an adult in, and where my life and choices fit into that larger (and undeniably privileged) framework. Plus random other things like book reviews, fumbling attempts at cooking, navigating home ownership, setting up my rig for horse camping…things I want to share without FB owning and playing corporate games with my stuff. Sounds like two totally separate blogs right?

Being only one busy lady and based on my past attempts, keeping up blogging is an uphill battle between my time, my desires and everyone in my life I jiggle around, so we’ll see how this one goes.

To start with the second topic (since I’m travelling for work and stuck in conference rooms 700 miles from my horse), my boss and I grabbed dinner after an 11 hour day for both of us. I support my company’s EHS team, which is heading our response to the corona-virus outbreak (we have customers and therefore employees supporting those customers in Wuhan), so that’s led to long days with no signs of slowing for my team. My boss tossed me into the daily meeting with folks whose titles are no less than two to three levels above mine for, quote, “Being the most reliable and up to date on this stuff.” His confidence helps mine, but man can it get rough!

Decompressing at Claim Jumpers over bourbon and a mock-tail, respectively, we touched on such light, work appropriate topics as our families genetic history, career plans and trajectories, and of course politics…but not about the current impeachment clusterfuck or specific policies.

My high school boyfriend had a karate teacher who was friends with an akido instructor who had a huge influence on how I deconstruct arguments and what points I dig for in such discussions. Even as a teenager I picked up not to go after the fluff of things or get overly sidetracked by tangents, but to dig until the root cause or point was found. Debating with him over email on such topics as religion and politics helped immensely, and I remain grateful for those conversations to this day.

Not to say I didn’t go through the typical teenage and young adult growing periods of false logic, grasping at straws and taking uninformed or ill-informed stands, but we all have to go through that so I try not to beat up myself too much for those much more idealistic days.

Last night with my boss, I wasn’t going after the fluff-my questions (in part informed by this recent series by ‘The New Yorker’), were along the lines of “Can a true, fundamentally fair democracy thrive with a capitalist economy?”, “How do we move on from a two party system?”, “How do we teach our kids to debate and disagree without hating the other person or group?” The point wasn’t to stump each other or argue for one side or the other, but to inch towards that last point; disagreeing without relegating the other side as a bad person.

I’m about to board my flight home (woot!) So more on this vein later! 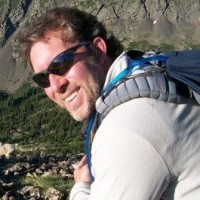 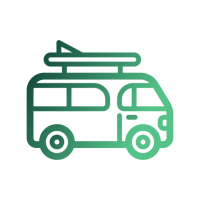 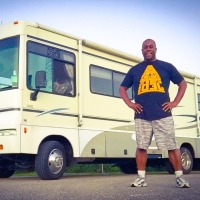 redbuslife.com
A nomad at heart