Today was Kade’s first day of kindergarten. So naturally we woke up late, in an apartment stuffed to the brim with 90% of our stuff in boxes, no ‘perfect’ outfit picked out or picture worthy lunch packed, nor had Tom or I adequately communicated to each other what the morning would look like. My emotions were scattered all over the place, between the stress of Kade’s first day, moving, my job, having Tom home for the first time in a month…Tom was merely tired & in need of a good cup of coffee, but I’d packed the sugar away already, girlfriend mistake #1 for the day.

Our two block walk from our new house to Kade’s school, Eccles Elementary (where one of the teachers remembers teaching the various Morse children back in the day) was accomplished right on time by some miracle of pre-packaged food & excitement (Costco is my BFF). Kade’s backpack is almost as big as he is, even though it’s the smallest I could find. Our conversation on the drive down informed me he misses his best friend Max, but that he’s a friendly little dude who will be fine with a bit of support through this huge upheaval in his normally mostly predictable life.

I did grab a few pictures, in which he refused to smile cause dude, this is all weird & strange & not normal. Not five minutes later, he marched right into his classroom, put his things away, & announced to his teacher Mrs. Merris, “I know how to write my name by myself!” which is what he spent his time doing until Tom could tear me away. 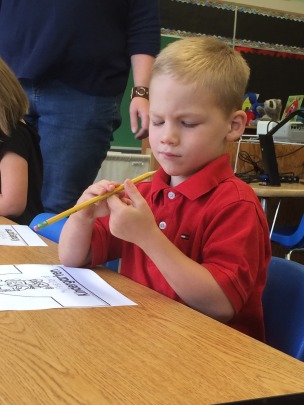 We walked back to the new house alone, mental gears switching from parent to adult, to sign the rental lease & give Tom a chance to meet the landlord & actually see the place his sister had luckily noticed for us a few weeks ago. It’s not perfect-it’s old, barely bigger than our apartment, the stove is also weird & old, & the landlord is naturally leery of my hope for a dog, but it’s workable, & Tom’s finally home, back in the town he grew up in. We’re two blocks from his sister & Kade’s cousins (whose classrooms are on either side of Kade’s), across town from his parents & grandparents, two blocks from school, with a huge yard to play in, plant raised beds, hang a hammock in the trees.

Tom sees the practical; we need yard maintenance equipment, to fit all our things in the house, when can we pick up the U-Haul, where’s Wilson’s cat perch going to live, & getting all the utilities switched over before he leaves again, returning to California as that’s where his employer has work for him right now.

I can see, as near as possible for us, what I’ve always hoped for Kade, surrounded by family in a small town, a certain kind of stability I didn’t have until much later, a chance to grow roots & know our neighbors names-what Tom himself grew up with. I hate that choices & circumstances make this Kade’s sixth move in five years, but hopefully the last for quite a while!

Now I’m in professional adult mode, considering my first of many commutes without my chatty little dude along to balance out the frustrations over getting cut off in traffic once again, & impatient to hear how the day went for the kid I managed to raise up healthy & safe this far. 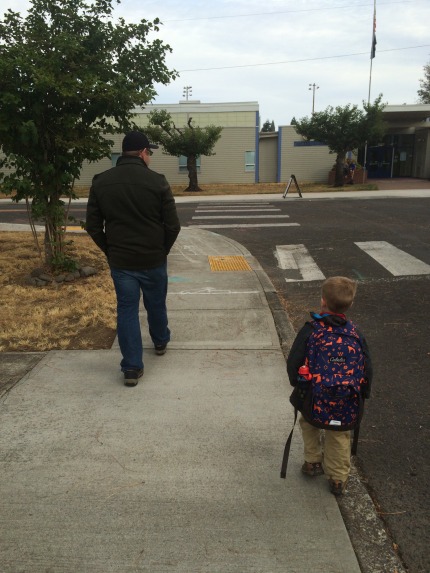